Creating An Environment That Inspires Success

We are proud of our experienced teachers and staff leaders. Dedicated and highly capable, they are committed to nurturing and inspiring every child under their care. Day to day, they help create a warm and affirming school culture in which students feel that they can stretch their wings and grow. 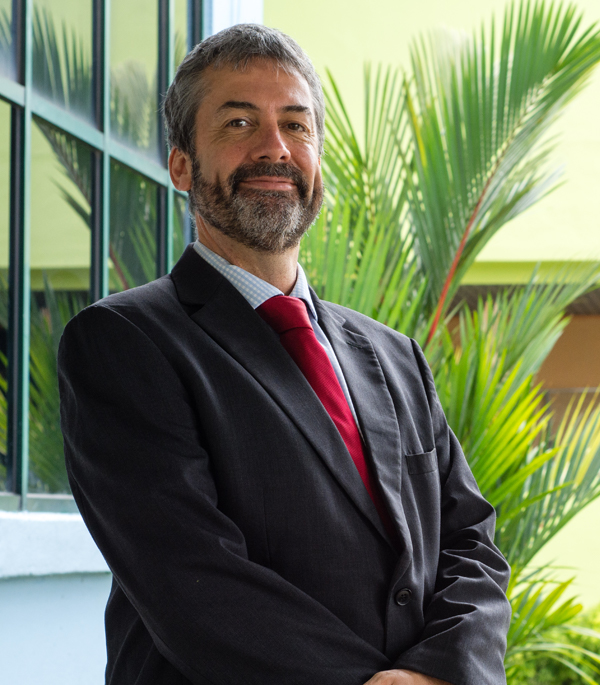 Rob is an experienced teacher and school leader who worked in schools in the UK for 25 years. He graduated from the University of Cambridge in 1990 and subsequently went back to Cambridge to undertake teacher training. Later, he completed his Masters degree (MSc) in Educational Leadership and the National Professional Qualification for Headship (NPQH).

During his career, he has been a successful principal of three schools and an executive principal responsible for a group of schools. He has been commended by the UK’s Office for Standards in Education (Ofsted) as an inspirational and resilient leader who is passionately committed to improving achievement.

He is proud to have served generations of children and their families to help them have successful lives. He believes passionately that it is his duty to equip young people with the skills, character and qualifications to seize the opportunities offered in the modern world. 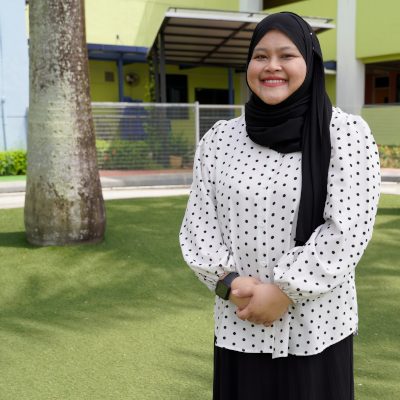 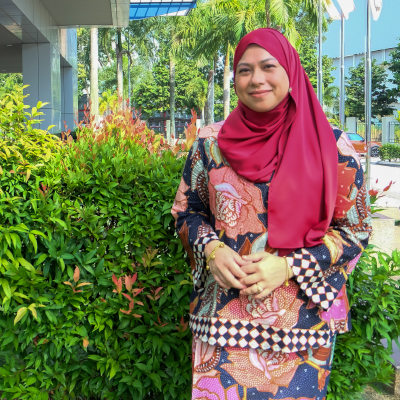 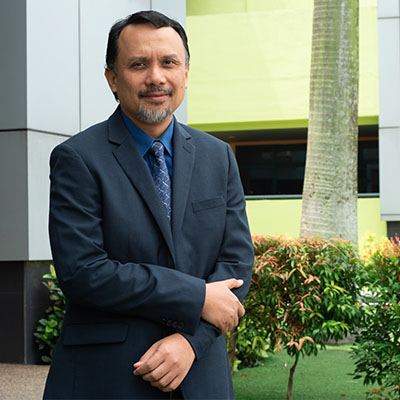 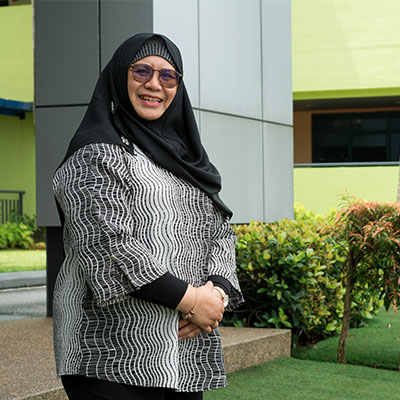 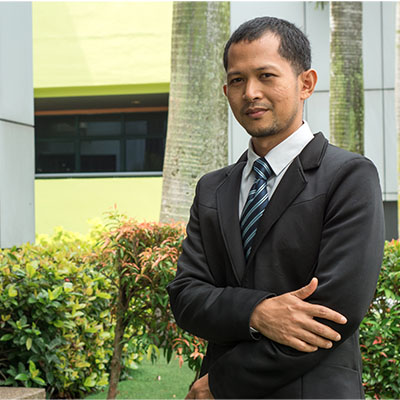 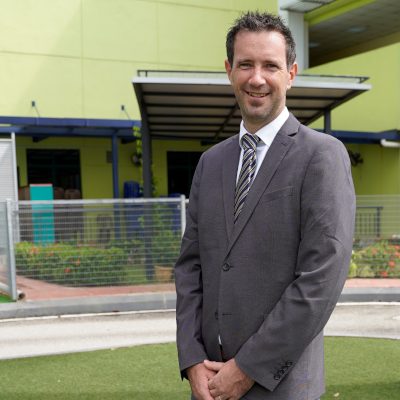 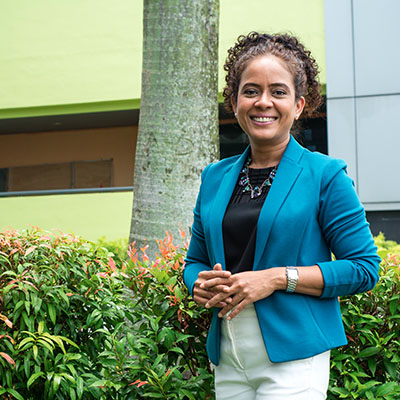 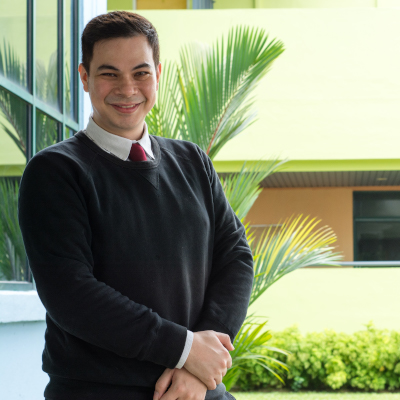 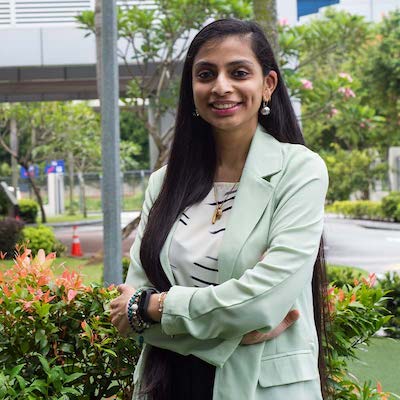 Hanie is an All Blacks fan.  She enjoys reading, travelling and doing community services.  Before the pandemic, she often volunteered in orphanages, old folks’ homes, Rohingya refugees’ community, Zoo Negara and SPCA.  One of her best kept memories is when she volunteered at School of Hope, a school for stateless children in Mabul Island in 2012.

Izwarina has a B. Ed TESOL (Hons) degree from Moray House School of Education and Sport, University of Edinburgh, Scotland. She began her career as a teacher in a government school and has been in the teaching profession for 20 years.

To be a true educator; Izwarina believes a person must have the passion and interest in creating a supportive learning environment to nurture a child’s full potential. Through the years, she has grown more in love with the teaching profession and believes it to be her calling in life.

Izwarina is a very family-oriented person. She and her husband have five children. Her family enjoys travelling and activities such as trekking, camping and playing water sports at the beach.

Putera has been in the teaching profession for almost 28 years and he has been the Principal for APSS Primary since 2008. He has vast experience as an educator, having taught in various government schools in the rural areas of Pahang and to private schools in the Klang Valley.

Putera values open-mindedness in education and enjoys working with children. He constantly explores teaching methods to improve student’s learning outcomes as well as to inspire them to excel in both academics and cocurricular activities. He believes that it is crucial for educators to instill core values in children especially integrity, perseverance and respect. He is also very active in Taekwondo, holding a third degree / black belt himself.

Najiba began her teaching career in Singapore before moving to Kuala Lumpur and joining a private university college in 1989. She taught English-based subjects for the American Degree Program and other professional programmes. During her tenure there, she was involved in corporate training of several government and private commercial agencies in the provision of English communication skills and also preparing the executives for the IELTS, TOEFL and GMAT requirements prior to their overseas study pursuits. She was the Head of School for English until her departure in 2007.

She joined APSS in 2008 and has been with the school ever since. One of the greatest joys of her career in APSS is the warm and supportive school environment. Everyone in the school community works collaboratively and cooperatively to provide every child a holistic learning experience with the common aim of developing a global citizen with the necessary skills set to face the challenges of the future.

Mohammad Abu Qatadah has 13 years’ experience as an educator and has filled important roles in the school he has served in. He began his career as an Arabic Language and Islamic Studies teacher, but his passion for developing students has led him to take up responsibilities beyond his area of study. He was the head of discipline before he joined Asia Pacific Schools in 2009. After two years, he was appointed as Head of CCA and Sports for his passion in managing Co-Curricular activities and Sports events.

Mohammad believes that students’ achievement should be measured by character qualities in addition to academic excellence to ensure they are equipped with the soft skills that are much needed in real life and work.

Richard has a BA(Hons) with Qualified Teacher Status in Physical Education and Business Studies from the University of Brighton. In addition to completing the Council of British International Schools (COBIS) Aspiring Heads programme, he is currently progressing through his National Professional Qualification for Headship (NPQH) and previously spent 5 years in Oman as a Deputy Headteacher.

Richard wholeheartedly believes every child should have access to learning opportunities that allow them to attain their full potential. They should be exposed to an education, with a broad and balanced curriculum at the fore, that allows them to fully develop their knowledge, skills and understanding.

He trusts that when supported by an all-encompassing enrichment programme, students have the framework to not only achieve the best possible academic results, but also be well equipped with life skills to fully access the 21st century.

Richard and his wife, Megan, have two children and when not traveling and discovering new destinations with his family, Richard spends his time playing football, cricket and golf.

Aishath’s experience spans the private, governmental and non-governmental sectors with wide ranging experience in youth development and in environmental initiatives and representing these groups in various international conferences in Asia.

She is an enthusiastic and focused educator who is committed to safeguarding and promoting the education and well-being of children and young people at all times. She began her career in the field of education in 2002 leading the Distance Education Section in the Ministry of Education in Maldives as well as a Lecturer in Faculty of Education in College of Higher Education and then progressed into corporate business in 2009 before returning to teaching in 2014.

Dominic has been teaching music and drama at different levels since 2004, focusing on voice pedagogy and performance.  In the past decade, Dominic has been a lecturer at ASWARA, UPM, UITM, and Sunway University. Apart from teaching, Dominic has had years of experience as a theatre and film actor, director, producer, and instructor.

Dominic has always been interested in how children and teenagers tell stories both on and off stage. He also minored in psychology, and that has helped him combine the artistic skills of students towards their personal growth. Through the arts, Dominic helps students develop critical thinking and communication skills, and find the confidence they need to thrive in our modern society.

Vijeeta is originally from Malaysia but spent almost 11 years in New Zealand pursuing her studies. Upon graduation, she registered as a teacher with the Teaching Council of Aotearoa, New Zealand and has taught in several preschools in the country.

She joined Asia Pacific International School (APIS) as a Preschool teacher upon returning to Malaysia. She was later appointed as the Preschool Coordinator and is currently the Special Educational Needs Coordinator and also Assistant Head of International Primary.  Vijeeta is glad to be part of the wonderful community of parents, teachers and children at APS as it has widened her horizons and helped her grow as a teacher, educationist and leader.

Interested candidates are invited to send in a letter of application together with a comprehensive CV including personal details, qualifications, work experience and contact details of three referees to hr@apschools.edu.my

Next - Go to Campus & Facilities
error: Content is protected !!